First Entry Into The US Market With US$100M GKN Agreement 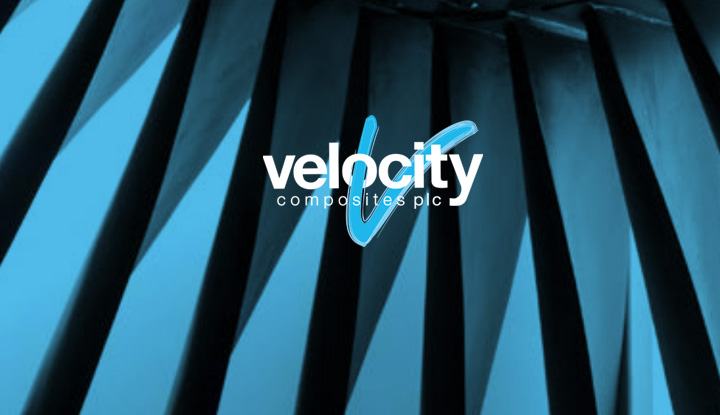 Velocity Composites plc (AIM: VEL), the leading supplier of composite material kits to aerospace and other high-performance manufacturers, is delighted to announce the signing of a five-year Work Package Agreement (“WPA”) with GKN Aerospace (the “Agreement”) in the United States expected to be worth in excess of US$100 million in revenue over five years.

The investment required to deliver the Agreement will come from Velocity’s existing resources. To support this international expansion, the Company is developing its first advanced manufacturing facility outside of the United Kingdom, in the State of Alabama, which will deliver the Agreement. GKN Aerospace is a global leader in the use of composite materials in aerospace engineering structures. The collaboration with GKN Aerospace will utilise Velocity’s advanced Velocity Resource Planning (“VRP”) technology and supply chain services to support GKN Aerospace’s sustainability and efficiency objectives in the aerospace industry. Such initiatives are seen as vital in the industry’s push to achieving significant environmental and sustainability improvements this decade.

The initial revenues for the Company under the Agreement are expected to commence in Q1 FY2023 and will continue through to FY2028.

The work being undertaken by Velocity will cover a diverse range of high-performance composite structures across military, civil, and business jet programmes.

The work will be undertaken at a new advanced manufacturing facility currently being developed by Velocity. The 40,000 sq. ft facility is close to the GKN Aerospace site in Alabama and has been upgraded to the Velocity-required clean room standard. The upgrade includes the Company’s proprietary digital technology and latest manufacturing systems.

Work on the facility is at an advanced stage, and it is expected that site approvals and first article tests will be completed by the end of February 2023, followed by volume production under the Agreement in Q1 2023, with all programmes expected to be transferred to Velocity under the Agreement by Q3 2023. Velocity plans to train and employ up to 30 local staff, supported initially by existing staff from the UK.

The Agreement builds on Velocity’s long-standing relationship with GKN Aerospace which started in 2015 and includes existing contracts at three of GKN Aerospace’s UK sites, including Bristol, Luton, and the Isle of Wight. This is the first time that Velocity has worked with GKN Aerospace outside of the UK, and represents Velocity’s first entry into the US, the largest aerospace manufacturing market in the world. Andy Beaden, Chairman of Velocity, said:

“This is a major milestone for Velocity as we make a permanent entry into the US market and expand our long-standing relationship with GKN Aerospace. During the pandemic, we worked hard to deepen our relationships with clients and further invest in our technology to prepare for the recovery. “We believe this Agreement will be part of a long-term positive trend from which Velocity will benefit, as customers look to recover from the pandemic and to achieve new and improved ways of working, with a key focus on sustainability, as production rates increase to pre-pandemic levels. “We expect a step change in the use of carbon fibre in aircraft structures to improve fuel efficiency and deliver greater sustainability in the move to net zero. We believe this will increase the adoption of Velocity’s technology and services to improve manufacturing efficiencies and inventory supply lead times.

“As a Company with its roots firmly in the North of England, this Agreement is a significant endorsement of both Velocity’s, and the region’s, manufacturing expertise from one of the world’s leading aerospace suppliers. In the future, we look forward to expanding further in the US.”

Based in Burnley, UK, Velocity Composites is the leading supplier of composite material kits to aerospace and other high-performance manufacturers, that reduce costs and improve sustainability. Customers include Airbus, Boeing, Safran and GKN.

By using Velocity’s proprietary technology, manufacturers can also free up internal resources to focus on their core business. Velocity has significant potential for expansion, both in the UK and abroad, including into new market areas, such as wind energy, urban air mobility and electric vehicles, where the demand for composites is expected to grow.

Velocity Composites is delighted to announce the signing of a five-year Work Package Agreement (“WPA”) with GKN Aerospace (the “Agreement”) in the United States expected to be worth in excess of US$100 million in revenue over five years.