Trading update for the six months to 30 April 2021 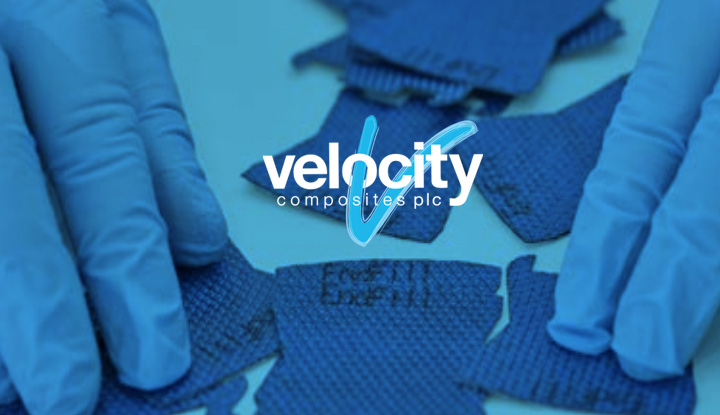 Velocity Composites plc (AIM: VEL), the leading supplier of advanced composite material kits to the aerospace sector, is pleased to provide the following trading update for the six months to 30 April 2021 (“H1 FY21”).

The Board reported at the time of the FY20 full year results in January that having reduced the Company’s operating cost-base following the adverse impact of the Covid 19 pandemic, Velocity is well placed to capitalise upon anticipated improving market conditions. In addition the new partner proposition from the Company has been well received by both existing and prospective new customers.

Since the start of the year the Company has made significant progress, with the announcements of three key contract extensions during H1 with three of the Company’s largest customers, which represent in total an estimated annual value of over £8.1 million at current impacted build rates. This provides Velocity with a strong financial base for future growth. Whilst there has been a continuing reduction in near-term customer demand, as aerospace industry production is curtailed by COVID-19, progress made by the Company in the first half of 2021 provides the Board with a high level of confidence as to the long-term prospects of the business through continued efforts around prudent financial management and strategic re-alignment.

As announced previously, demand in the current financial year ending 31 October 2021 (“FY21”) remains suppressed due to the impact of Covid-19, although the Board now views with cautious optimism, prospects for an improved second half performance in FY21 and into FY22.

Although demand in the first six months has continued at the levels seen in H2 FY20, sales have stabilised and Management expect H1 FY21 sales of £4.4m (H1 FY20: £9.5m), leading to an adjusted EBITDA loss for H1 FY21 of £0.5m (H1 FY20: Loss £0.3m). With the organisational restructuring process completed, the Company’s cost-base is now in line with a target £13.5m sales breakeven position and with further cost reduction activities Velocity is well placed to return to a positive adjusted EBITDA in H2 FY21 and FY22, albeit in challenging market conditions.

In addition to the aerospace contracts wins already announced this year, work has progressed in promoting Velocity technology in other composite material markets, particularly the defence sector. Due to restrictions on international travel these initiatives have been focused primarily in the UK and following a period of development with a large, multinational defence group the Company has recently achieved full approval to supply structural material kits for the F35 fighter, in addition to the process material kits already provided on this programme. Work is ongoing to establish a commercial position on this platform to support advancements in efficiency and digital manufacturing driven by Velocity’s technology offering. The F35 approval will also assist negotiations with other suppliers into the same programme. These developments have further strengthened the Board’s confidence of an improved trading position in the second half of the year.

Cash flow and liquidity remain satisfactory. The Company continues to drive cash flow efficiencies through improved stock management, reducing stock levels by over £1.1m since October 2020, and by the successful tenor extension of the existing £2.0m CBIL facility as previously announced. Cash at bank was £3.5m as at 30 April 2021 (30 April 2020: £2.8m) and the business remains in a net cash positive position, after deducting debt drawing. The Company continues to have access to its Invoice Discounting Facility, which was undrawn as at 30 April, but has current capacity of £1.6m based on outstanding receivables.

The Company expects to announce its half year results for the six months ending 30 April 2021 on 30 June 2021.