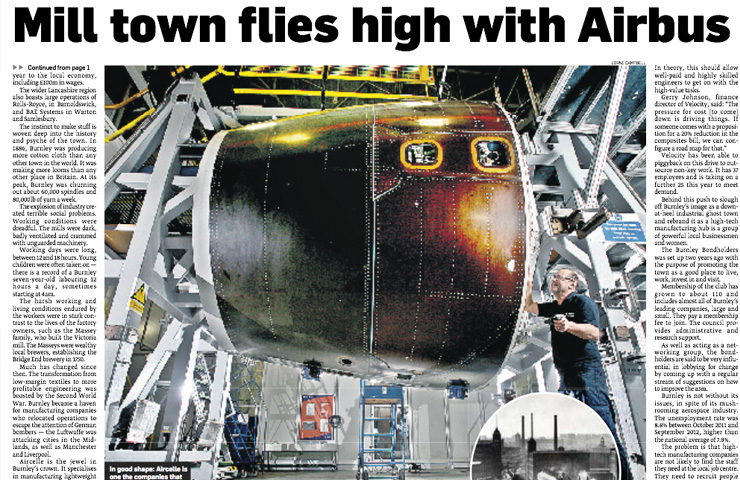 We were delighted to be featured in an article that appeared in a recent edition of The Sunday Times.

Called “Mill Town Spreads its Wings”, the double page article was printed in the Business section of the newspaper on February 17th and focused on the thriving aerospace industry that has expanded in Burnley, particularly over the last five years.

Gerry Johnson, Finance Director of Velocity Composites, was interviewed for the article and said he was pleased the town was getting the recognition it deserved. Gerry said: “Thanks to the continued innovation and investment lead by companies such as Aircelle UK and Rolls Royce and assisted by companies like Velocity Composites the town and surrounding area has become a hub for the aerospace industry in the UK. The town deserves to be under the spotlight for the great work it is doing now and the plans in place for it to continue to thrive in the future.”